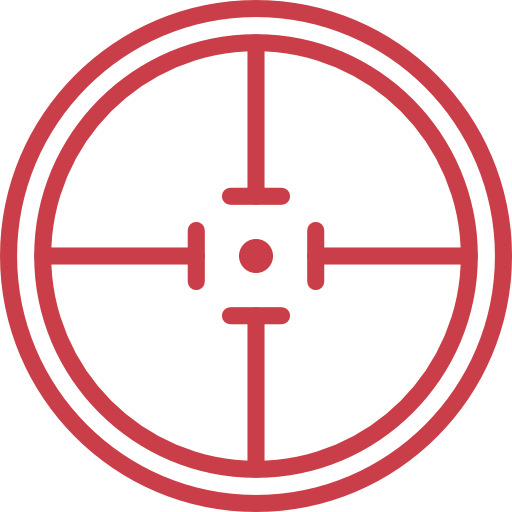 This episode is on making better decisions in game – how do you assess threats and decide on your target priority?  and then, once identified, how do you execute those plans efficiently on the table.  In Age of Sigmar, you could have a highly honed and efficient tournament list, but still lose because you have made poor decisions.

First and foremost, to win at Age of Sigmar you need to play to the scenario.  This is a fundamental tenet.  Therefore, your approach to the game should be based on:

To do this, you need to have accurate information.

In preparing your list for the tournament, you should have already thought about the likely meta – i.e. the types of lists which you are likely to face and the relative proportions of those lists – and the strengths and weaknesses of your army.  If you haven’t go back and listen to my episode on good list design for Age of Sigmar.

Review the lists when they are released

If the tournament releases lists in advance, this is your first chance to prepare for the decisions that you will need to make at the tournament.  Do your homework.  Review the lists.  Does the tournament “meta” – i.e. the types of lists which are present and the proportions of those lists – match your expectations when you wrote your list?  Are there any surprises (an overwhelming number of Wanderers armies for instance)?

Consider reviewing a short list of armies in detail

What I will often do is identify a short list for further consideration.  These lists will be ones that are known to be very powerful (i.e. net lists), or ones that are being run by players I know to be good players, or finally lists which look like they will be very difficult for me to face (i.e. hard counters to my list).

For anything on the short list, I will review the battalion and warscroll rules and try to understand the synergies in the army.  In particular, I’ll be focusing on movement and damage output.

If I’m running a gun-line army, I may also consider allocating an order of target priority at this stage – target 1, 2, 3 etc.  Of course, this will need to vary depending on the scenario and deployment, but I find it comforting to know that I have a target run-sheet at least sketched out in advance.

Ask your opponent before the game

Once at the tournament, it is important to conduct due diligence on your opponent’s list at the start of the round.  If you don’t know how your opponent’s list works – ask!  They should have a hard copy of their army list to hand you (and you likewise for them).  The number of questions you ask, and the level of detail you need will depend on the circumstances.  If you are facing a clearly sub-optimal list then you probably don’t need to ask many.  If, however, you are playing on the top tables, it is worth understanding the key pieces of your opponent’s army in detail because even the smallest margins can swing the result between competitive lists.

I’ve set out here a selection of points you will want to consider:

Dealing with threats on the table

So once you have assessed the likely key threats, you now need to decide the best way to deal with them.  In reality you have four options:

It can be tempting to throw your strongest unit into the biggest threat.  While this may be your only option in some cases, it can result in a rock paper scissors world where you will be at the mercy of the dice.

A better option can be found in game theory and often traced back to Sun Bin’s parable of the three horses.  This story of course being that if you are to have three horse races against an opponent, and you each have a fast horse, a medium horse, and a slow horse, then it makes sense for you to pair your slow horse vs their fast horse, your fast against their medium and your medium against their slow.  In doing so, you ensure you win 2 out of the 3 races.

So to convert that into Age of Sigmar, it may make sense for you to throw chaff units at their strongest threat, while you use your strongest and medium-strength units to tidy up the rest of their force.  It is for this reason that factions with strong “chaff” choices perform well – ideally you want your “chaff” to either be able to fill multiple roles (such as Brimstone Horrors) or be strong enough to also take on an opponent’s medium units (such as Blood Reavers).

To help you pick smart trade-offs, you need to know the expected damage output for your and your opponent’s units.  This knowledge will come with time and experience, but if you want to shortcut the process then “mathhammer” can help.  For instance, for my last tournament, I used the AoS Combat Calculator to work out the likely damage output of my 6 scythes unit in various situations (+1 to hit from the Hurricanum, re-rolling 1s against Chaos, and against different armour saves etc).  Those results are set out in the table below.  You’ll see that I not only calculated the average expected result, but also calculated one sigma above and below the mean (i.e. giving me the range of outcomes which are likely to occur 68% of the time).  Therefore, depending on the game situation I could decide whether to risk going for a high return or more conservatively rely on the “Sig Low” outcome.

The order in which you choose to shoot your units or cast spells can be crucial to making sure you get all the available power out of your army.

Always shoot at your number 1 target first.  This means that if the first few units you choose underperform then you can pour more shots in from other sources as required.

When selecting your units to fire, always choose to shoot with the unit that has the fewest number of options first.  That way, if you do kill your target, then you haven’t wasted damage output, because your remaining units have other options that they can shoot at.

Another issue that often arises is deciding whether to target a supporting character or the units which receive the buff – think for instance Sayl with 30 Bloodletters or a Tzaangor Shaman and several units of Skyfires.   While circumstances will differ, a handy rule of thumb is to take out the support character first if there are several units receiving the buff, but target the unit if their is only one unit receiving the buff.   An obvious exception to this would be where the support character has such an overwhelmingly powerful influence on the unit that it can’t be left alive – the prime example being the Savage Orruk Big Boss in the Kunnin Rukk.  However, be careful not to overextend with the wrong units – an unbuffed Rukk can still do quite a bit of damage to your precious units.

Keep your eyes on the objective

Throughout the game, it is important to keep your eyes on the objective.  In Age of Sigmar, it is not much of an overstatement to say that everything in your list is expendable but also that everything in your list is valuable.   Even sneaking the lowliest model within 6″ of an objective on the last turn in Gift from the Heavens for example can win you the game.  This is because it is a scenario based game.  If you need to sacrifice key pieces, so that a ten man chaff unit keeps scoring on an objective, you will do so.  Quite often you can have games where you lose all your models, but still beat your opponent because you have scored enough scenario points.  No longer is there the old concept of assessing units on the ability to make their points back.