Hey all, today I have an interview with Champi, head organiser of the Rising Sun GT, and member of the Japanese Age of Sigmar community.  This is the first in a series of articles that I’ll be doing highlighting the Age of Sigmar scene in countries around the world – today is Japan.  In the coming days, I’ll also have a post covering the Rising Sun GT itself 🙂

AoS Shorts: tell us about yourself and your journey into the Warhammer hobby – how did you get involved, when did you start, what attracted you about the hobby etc

Hi there, my name is Champi (oh, well, my nickname actually, but I’ve been called like that since I was 10), and I am the head organizer of Rising Sun GT in Japan. 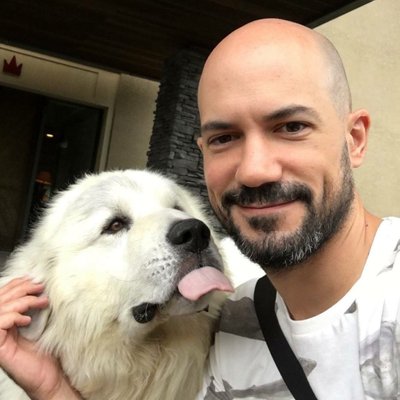 My entry into the Warhammer hobby is actually a very belated one. While most people generally get involved during their teens, I learnt about Warhammer during my last year at university, because one of my best friends then (and still) used to play Warhammer Fantasy. He showed me some models, some books, and I immediately fell in love with the High Elves and the ‘Eavy Metal team painting jobs. I bought the army book and a box of Silver Helms to start. But, after that and before I could do much about the game, I moved to a different city to do my PhD, and all got kind of paused. The game rules then were overwhelming, going to a different city without friends and how busy I got with my research precluded me to actually start with the game… That was 2004/2005, but I always had the Warhammer gene in me, and when 10 years later Games-Workshop released Warhammer Age of Sigmar, I immediately jumped in and embraced the game with all my enthusiasm. Ever since, I have been following its development, loving every bit and every change (and buying tons of plastic crack :D). AoS Shorts:Tell us about the Age of Sigmar scene in Japan

As in the rest of the world, Warhammer Age of Sigmar was not much welcome in Japan (especially by the foreign hobby base) so finding players was always a challenge… Even now, AoS hobbyists are still probably a minority, and you can still hear quite often the rant of haters…. This is the main reason why I decided to organize Rising Sun GT: to promote the game, to find and gather those who play it here. And indeed, after the experience organizing it, and due also to the great work of Games Workshop Japan during the last 2 years, I can say that the number of AoS players is growing fast!

I would say that the focus is more on collecting and painting. If you think of it, Gundam Plastic models (gunpla – ガンプラ) is highly popular. While you might think that this sets the bases for an overwhelming potential number of players… that, unfortunately, is not the case. The reasons are a mystery to me, but one of them is that Japanese customers are very reluctant to non-Japanese products… That is why the release of the Space Marine Heroes for Warhammer 40K are a great idea, that is something that Japanese people love. I hope we can see something like it for Age of Sigmar 🙂 AoS Shorts:How is the scene going? Is it focused in any particular city? Or is it spread throughout Japan?

I think it is more or less spread equally across Japan, but in absolute numbers obviously most of the things happen in the Kanto area (Tokyo and its surrounding cities), since its population is like a third of the country… Still, in Kansai (with cities like Osaka, Kobe, etc), where I live, the hobby is pretty strong and it is the first place where GW has opened the first stores outside Kanto: 1 in Osaka and 1 in Kobe.

AoS Shorts:Have you seen an increase since Age of Sigmar was first introduced?

Yes, absolutely! And to be honest, the opening of new Games Workshop stores has a lot to do with this. Japanese people love still physical interaction with what they buy. For instance, Japan has still a pretty strong market for physical CDs, while online music stores have been growing elsewhere in the world. This is the same for Warhammer: the chance to see in person the models, the games and the atmosphere in the stores have helped a lot in growing everything Warhammer related in Japan, Age of Sigmar included. AoS Shorts: How do people within Japan find out more about the hobby and find local clubs and stores if they want to get started?

As I mention above, mainly in physical stores and through friends (real friends, not just “Facebook friends” ;). So not so much online as you would expect. AoS Shorts: Where are the best places for foreigners to follow the Age of Sigmar scene?  Are there any particular sites or social media accounts that you would recommend?

Well, I would recommend our Warhammer Age of Sigmar Japan group, which counts with not only foreigners, but also with Japanese players/collectors. There is also a group for wargamers in Japan, but Age of Sigmar is mostly absent from there. Then some Games Workshop stores, like Harajuku and Yokohama run very active LINE groups very foreigner-friendly. Their managers are great and the members of the groups quite active players. Actually, the winner of Rising Sun GT, James Bunting, is a member of these groups 🙂